NEW YORK, Dec 13th, 2022. Last week, the We Are All Human Foundation concluded its fifth annual Hispanic Leadership Summit (HLS) gathering at the United Nations. The event, themed as “an Agenda of Progress and Pride,”  presented a day and a half of programming and networking to facilitate the creation of networks to advance key areas for the Hispanic community as we look to 2023 and beyond.

The Co-Chairs of this event include:

More than 500 leaders— Hispanic and non-Hispanic, from the non-profit, public and private sectors — participated in high-level, action-based conversations driven by the most recent data and the Summit’s inspirational speakers.  The conversations help form intentional networks and guide ideas for solutions and best practices to advance, celebrate and uplift the Hispanic community with targeted objectives.

Among the highlights was the launch of the new Hispanic Promise framework to further support corporate America’s efforts to increase representation and create more inclusive work environments for Hispanics. The Hispanic Promise, a pledge by companies to prepare, hire, promote, retain and celebrate Hispanics, has been signed by nearly 300 companies and backed by nearly 30 Hispanic organizations. The new framework was developed throughout 2022 in consultation with multiple stakeholders (including private sector, nonprofits, and academia), and enhanced the pledge to include recommended goals, activities, outcomes and resources to provide structured guidance around best practices, benchmarks, and tools that support comprehensive Hispanic advancement. You can find more information here.

Other key areas of focus included unified efforts to elevate the perception of Hispanics and build greater recognition for Hispanic contributions, as well as the key role of corporate America in driving Hispanic progress. Heightened attention was given to Latina Equal Pay Day (LEPD), which coincided with this year’s HLS (December 8). A luncheon at the UN on LEPD capped off the Summit featuring addresses from iconic activist and co-founder of the United Farm Workers, Dolores Huerta, and Helle Thorning-Schmidt, the former Prime Minister of Denmark. The luncheon was sponsored by Airbnb and JP Morgan Chase.

“Gender pay gaps remain a global problem, even in egalitarian countries like Denmark, where some progress has been fought and won.  But there is something particularly disturbing that Latinas are the absolutely lowest paid cohort in American society, behind every other group of women, who are themselves still lagging behind their male counterparts. This is a battle we must all take on,” said Helle Thorning-Schmidt, former Prime Minister of Denmark.

“Latinos have been fighting for equality in America for a very long time.  We have marched.  We have organized.  We have fought for better legislation. And we have won some important battles.  Latina Equal Pay Day reminds us that we are still undervalued.  But let me share what I know to be true — we should never be underestimated.  We will continue to fight the good fight because we know what we bring to the table and will not settle for less. We need to join with all women in the United States to demand the passage of the Equal Rights Amendment for women.”  Said Dolores Huerta, the iconic activist,  co-founder of the United Farm Workers and Founder and President of the Dolores Huerta Foundation.

“After 5 years, this Summit now represents an organized, collaborative effort of the Hispanic community and its allies to come together around the key issues that affect the Hispanic community. We are very much focused on the future of America and how our community will be prepared to meet the challenges of the next generation and beyond,” said Claudia Romo Edelman, the Founder and CEO of We Are All Human.

“IBM is proud to be among the early supporters of the Hispanic Promise and now shaping its evolution with the goal to help increase and elevate the representation of Hispanic talent across all levels of leadership in corporate America. The contributions of the Hispanic community in the workplace, when given the opportunity, are undeniable, and I invite fellow leaders to join us in supporting the advancement of Hispanics in the workplace,” said Michael Perera, General Manager, IBM Technology Lifecycle Services and Co-Chair of the [email protected] community during his participation in the Hispanic Promise 2.0 Launch.

About We Are All Human:

We Are All Human is a registered 501 (c)3 public charity devoted to advancing Equity, Diversity & Inclusion for all, with a particular focus on accelerating the progress of Hispanics in the United States.

We Are All Human’s instruments include: Hispanic Promise (a first-of-its-kind non-legally binding national pledge to prepare, hire, promote, retain, celebrate and buy from Hispanics in the workplace, signed by 300+ companies), Hispanic Star (a brand that represents Latino empowerment, unity, and pride). Hispanic Star Fund (A fund to match the needs of the Latino community with the support of Corporate America)

The We Are All Human Foundation (WAAH) is a registered (501c3) non-profit. The WAAH mission is to advance equity, diversity and inclusion. The We Are All Human Foundation has mobilized more than 280 companies to create more inclusive environments and provide assistance to the underserved. The Hispanic Star is a brand that acts as a platform to unite businesses, non-profits, community leaders, and celebrities to accelerate the advancement of Hispanics in the US and improve perception by celebrating the incredible contributions of Latinos to the country’s progress.

The Foundation has created more than 25+ Hispanic Star Hubs across the nation. Acting as networks of support and mobilization that last year distributed more than 14MM USD worth in essential products and food benefiting more than 450 thousand families in more than 50 cities and created content and mass campaigns to move Latinos from invisible to visible and negative to positive. 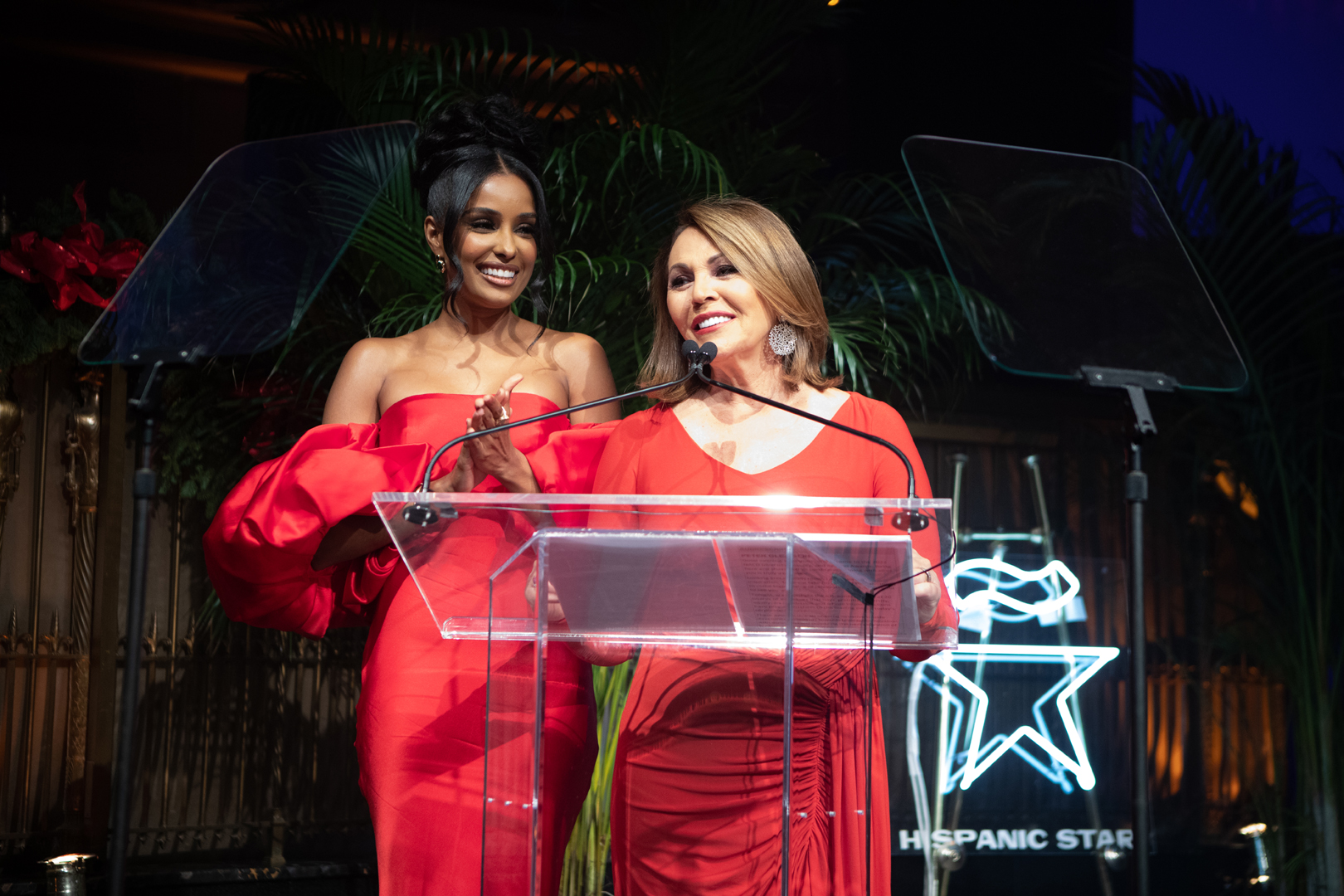