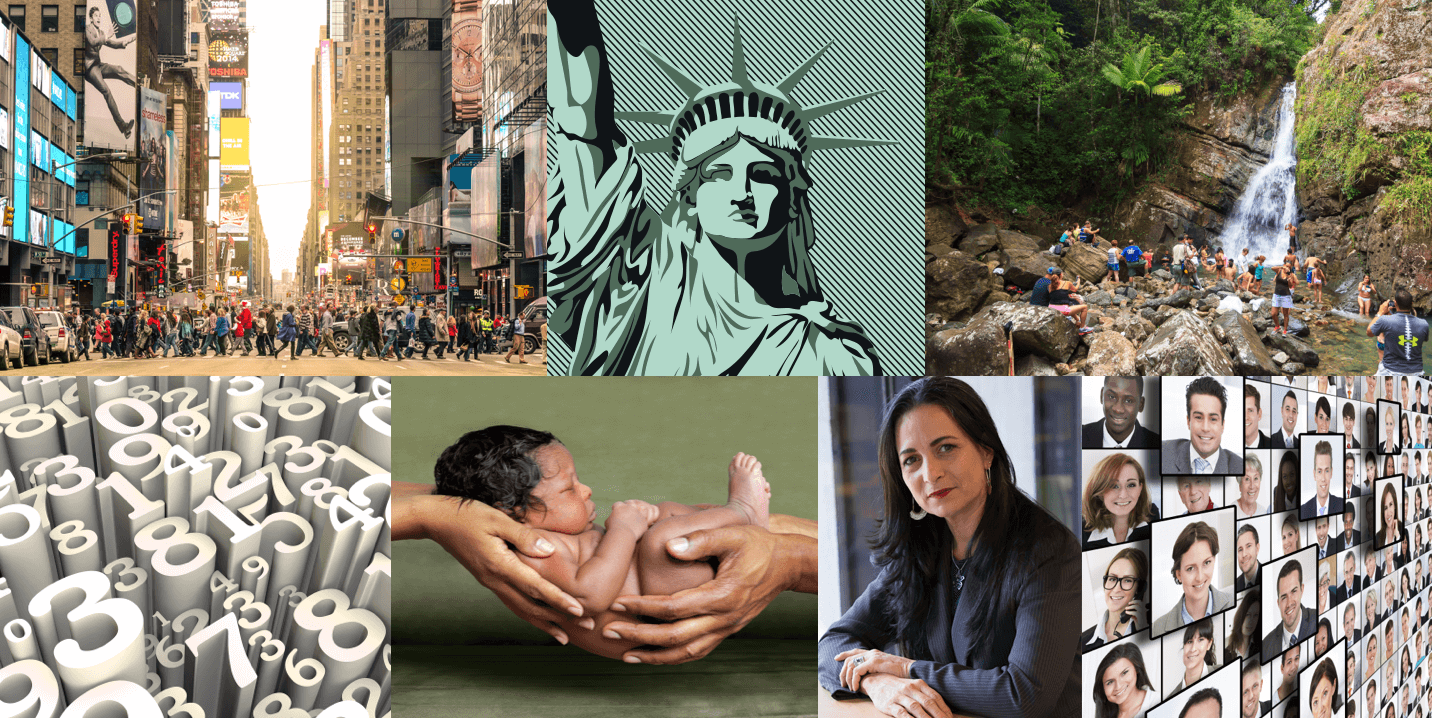 From Invisible to Invincible

A former boss and mentor once told me, “There is no such thing as luck! Luck is simply the intersection where preparedness and opportunity meet.” My professional journey of 20+ years has demonstrated this time and time again. But the foundation of my career is cemented in the values I learned at home.

I’m the product of two Nuyoricans, who in the late 1970s moved our family from the steel jungle of New York City to the mountainous jungle of Puerto Rico. I was eight years old and did not speak Spanish, so I was quickly labeled the “gringa” by my classmates in the rural public school that was nestled between a dirt road and a coffee plantation.  However, kids are malleable and resilient. In no time, the community of Barrio Frontón in Ciales, Puerto Rico, molded me and embraced me as a fellow Boricua under the attentive supervision of my parents, who became very involved in advocating for just causes on the island.  They used to drag along my siblings and I to protest at every single march that took place in San Juan in the 1980s. As much as I hated those long, exhausting days of chanting a stance and fighting for our rights, I realize now that their activism instilled in me a strong commitment to community.

Almost 24 years ago I came back to the U.S. like many millions of people, longing for big opportunities and in hot pursuit of a promising future. With a Master’s Degree in hand, full command of English and the naivete of youth, I was ready to conquer the Big Apple because in my mind I was the dopest girl on the planet. Those grand ideas came to a sudden halt upon entry into the world of magazine publishing. I found myself swimming in a sea of White men who, because I was from Puerto Rico and a woman, immediately classified me within the segment of the working-class called Hispanic female. In other words, I was invisible. This pissed me off and I was determined to change that.

Because I worked with the Spanish-language magazines of these big corporations, I made sure to gain all the knowledge I could about the “burgeoning Latino segment”. The strategy: I would have something to claim as expertise. Maybe just maybe, this could be valuable one day and I wouldn’t be invisible anymore.  In the interim, I learned to survive by building meaningful relationships with colleagues, especially those who also had roots in Latin America. They too faced the same challenges I did, as we set our eyes on similar goals, among them that six-figure salary. Sandra from Perú, Marcia from Ecuador, Francisco from Dominican Republic, Roxana from Argentina, Laura from Mexico, and countless others, became my familia. Overworked and underpaid was my work status during my eleven-year tenure in Publishing. Nothing much has changed. A 2012 study by the American Association of University Women (AAUW) unveiled that Hispanic women earn on average 53 cents for each dollar earned by a White male to perform the same work.

I also looked for a mentor to show me how to be like them – White men.  And there she was, my boss: a seasoned professional and woke White woman who taught me how to navigate their prejudices by talking numbers and articulating my thoughts clearly. “Keep your eye on the bottom-line.”, “Be precise and concise.”, “Know your data.”, “Don’t be afraid”, “Speak up!”, “Set your boundaries.”, “Ignore their comments.” – the list of nuggets of wisdom goes on. She prepared me for what was to come.

In my experience, every U.S. Census becomes a wake-up call for America about the impact of Hispanics on the future of the nation. In 2000, I was all-of-a-sudden a valuable asset to the leadership in my company because I was the in-house expert regarding the “burgeoning Latino segment”. It happened! I was invited to sit at the table to help them figure out how to tap into this growing pool of consumers. But this came with a price.  I was exposed to the ugly: stereotyping, back-stabbing, name-calling, verbal attacks, unwanted advances and unequal pay.  My mentor had prepared me, though. She had also taught me how to find the silver lining in every situation. And I did. I realized I wasn’t invisible anymore.  I became an armadillo: thick-skinned, long claws, keen sense of smell; all wonderful protective gear to combat a lot of the bullshit I was dealing with at the time.

Then, in 2008 I lost my job. Yeah, the notorious Recession. I was at a crossroads. At almost 40 years old, Master’s Degree still in hand, fully bilingual and with over a decade of incredible work experience, I asked myself: “What are my options? Do I stand in line with another 500 people (among them White males) to fight for that one available job that will pay a fraction of what I am used to earning?” Without hesitation I decided to join the ranks of millions of Hispanic business owners who fuel this country’s economy. I took a deep-dive into entrepreneurship. I found my voice, once stifled by a system that wanted to define me. I learned to articulate my role in my very competitive industry and in my community. I’ve explored wonderful collaborations and friendships with people of all professional and ethnic backgrounds, on my terms, as a businesswoman and as an activist.

And since America had another wake-up call in 2010 with the release of updated U.S. Census numbers, new business really started to kick in for us. Our expertise in the “burgeoning Latino segment” helped us segue into Diversity and Inclusion, with a specialization in the Hispanic community. We onboarded a series of great clients that understood the importance of equity and cultural competency.  After 10 years in business, we are focused and driven to work with partners and companies that align with our mission:  to edify people and create inclusive environments for them to thrive.

We are also very focused on the numbers. Today, one of every two babies born across the nation is Hispanic, leading the pack of people of color. And I just can’t wait for the 2020 Census numbers to be released to affirm once and for all what has been more than evident throughout my experience: we are not invisible, we are invincible.